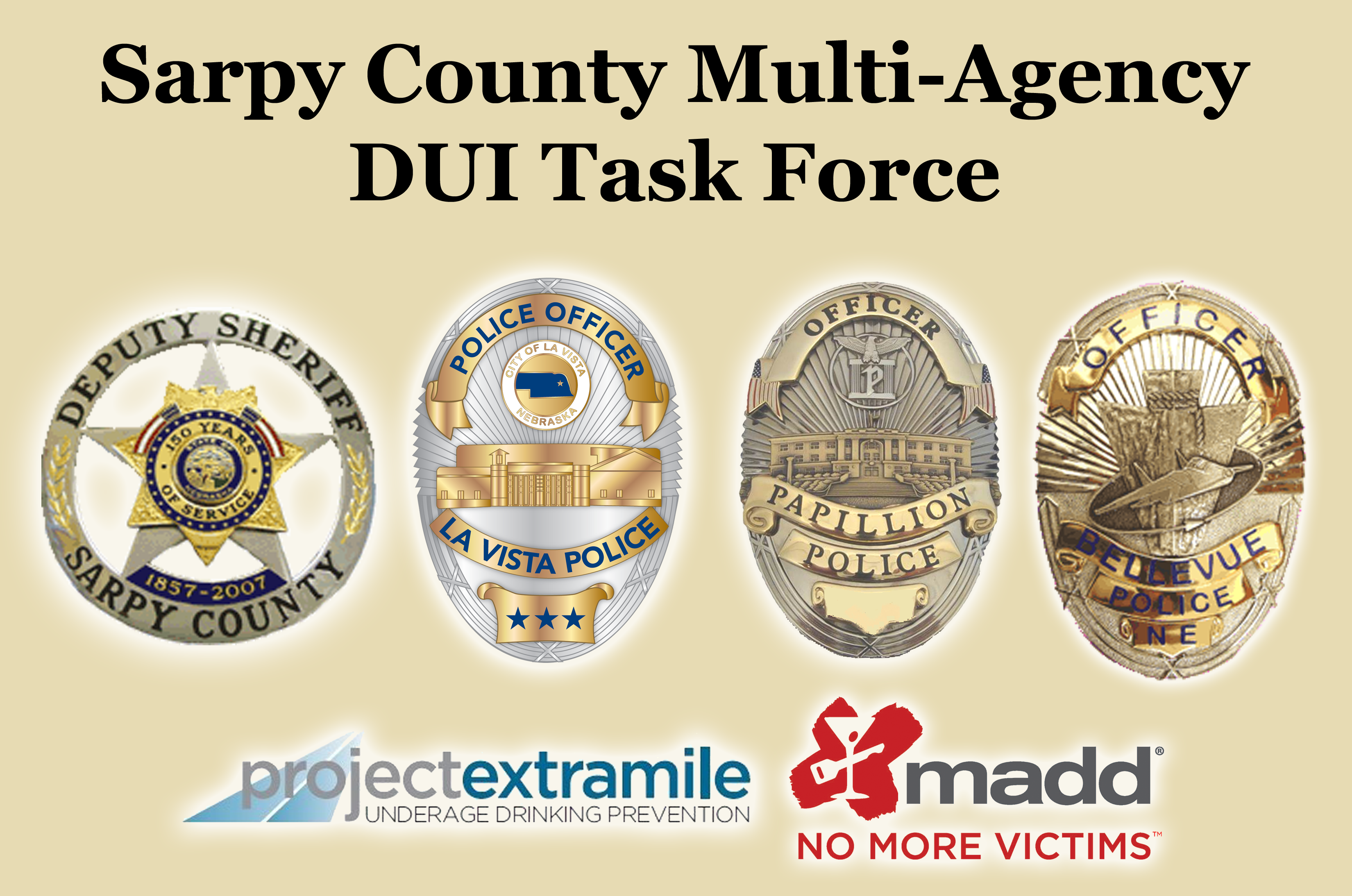 Part of the inspiration for a county-wide task force comes from a letter received from the mother of a DUI victim, Christine Chrisman of Norfolk. Her son Paul White and his friend, Dan Mueller were killed by a drunk driver in 2007 (A copy of the letter is attached). We have countless other tragic incidents that have haunted us here in the metro and Sarpy County. Who can forget the tragic death of Dr. Adam Smith in 2012 at 118th/Harrison, killed by a drunk driver almost 4 times the legal limit at 8 o’clock in the morning.

We will be increasing their number of patrols, setting up DUI Checkpoints, making high volume traffic stops, multi-agency saturation patrols, and using local and social media to reach all drivers. If you’re drinking and driving, the Sarpy County Multi Agency DUI Task Force will be out to find and arrest you – no warnings, no excuses. You will face jail time, fines, loss of your driver’s license, towing fees, and other DUI expenses, totaling $10,000 on average. Not to mention the humiliation among your family, friends, and workplace.

The only way to truly avoid a DUI is to drive sober. There are many ways to get home safely after drinking, and driving isn’t one of them. Designate a sober driver ahead of time, or call a friend or family member. You could also use public transportation or call a taxi. The cost of cab fare is nothing compared to a $10,000 DUI or the cost of someone’s life, and the ’inconvenience’ of not driving your own car home is nothing compared to the inconvenience of spending time behind bars.

In addition to reminding all drivers to drive sober, local law enforcement is calling on everyone to be alert. If you see a drunk driver on the road, Report Drunk Drivers – Call 911! — you could save a life. If someone you know is about to drive after drinking, take their keys and help them get home safely.

Anyone interested in the program can purchase an "I Care Cab Fare" card over the counter at any SAC Federal Credit Union locations in the area.

Remember, it is never safe to drink and drive: Drive Sober or Get Pulled Over.